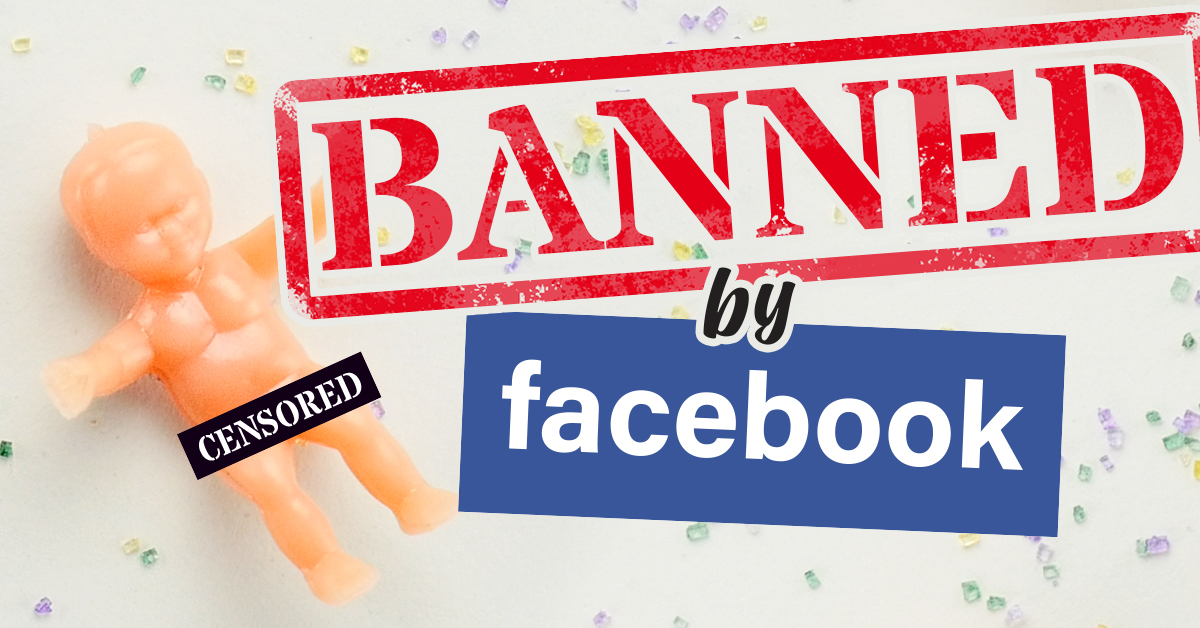 The King Cake Snob post in question, which read, "We’re back baby! King Cake season is here, and it’s time to go vote for your favorite King Cake at KingCakeSnob.com! #MardiGras #KingCake #KingCakeSnob," depicted a group of the signature king cake babies all Louisianans know lying on their backs amid glitter and a white background.

Despite the seemingly innocent and festive nature of the post, it was still too risqué for Facebook ad screeners, who swiftly pulled the ad for “excessive nudity.”

King Cake Snob received the notice from Facebook alerting them to the crime, which said, "This ad isn’t running because it includes an image or video depicting excessive skin or nudity, which includes medical diagrams depicting external organs of reproduction, breasts or butt. This kind of material is sensitive in nature."

Facebook suggested King Cake Snob remove any images or video that contain nudity, and instead, use content that focuses more clearly on the organization’s product or service.

"We are shocked that Facebook would censor the king cake baby, one of the quintessential traditions of the Mardi Gras culture," Jay Connaughton, managing partner of Innovative Advertising, the creators of King Cake Snob, said. "Obviously the folks at Facebook have never tasted the sweet deliciousness of a traditional or filled king cake. If they had, they would understand the deep passion that runs in Louisiana for king cakes of all varieties, and the little babies that live inside them."

The king cake baby is time-honored Mardi Gras tradition, in which a small plastic baby, symbolizing baby Jesus, is hidden inside a king cake before consumption. The baby can also represent luck and prosperity to the person who finds the baby in their slice of king cake. Whoever finds the baby is traditionally responsible for purchasing the next king cake.

Connaughton added, "The king cake babies depicted in the King Cake Snob image are naked, but not graphic in nature. On the contrary, the babies are a representation of the tradition, decadence and obsession our culture has for king cakes and Mardi Gras."